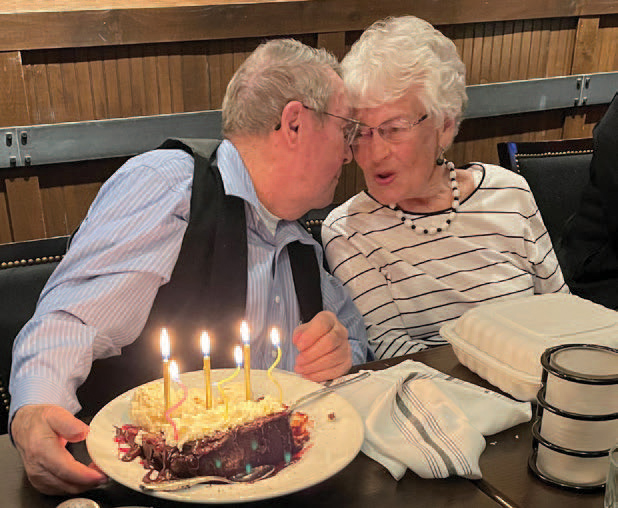 After serving on the Board of Trustees at Yellowstone Valley Electric Cooperative (YVEC) for 39 years, Dick Weldon has retired. Rather than run for re-election, Mr. Weldon announced his retirement, thus allowing for an open election for his seat. When asked about the biggest changes he’s seen in the 39-year span, Dick said the rapid increase in the number of meters was the most striking change. In 1983, YVEC had 8,929 meters and at the end of Mr. Weldon’s tenure, YVEC had grown to almost 22,000 meters. This growth speaks volumes to the support and dedication Dick gave to our Cooperative through the years. He was active with the Montana Electric Cooperative’s Association and he and his wife Monica rarely missed a MECA Annual Meeting each October in Great Falls. A quiet leader, Dick listened intently, but when he chose to speak, others listened to his thoughts and opinions with high regard. Congratulations to Dick Weldon, thank you for your amazing loyalty to YVEC.

Welcome to the Board of Trustees, Chris! Replacing Mr. Weldon in the board seat for District seven is Chris White. Chris is a 5th-generation resident of the Blue Creek area. He and his wife currently reside in Briarwood. Chris is the Store Director for the Albertson’s Grocery store on 6th and Central. Chris brings outstanding knowledge and experience in running a successful business in the Billings area for many years. He also serves on the Board of Chase Hawks and is active in many community events. Chris will be a true asset to the Board. Congratulations to Chris!

We would like to thank the YVEC members for attending the 83rd Annual Membership Meeting at MetraPark on March 31. We were very pleased to see so many familiar faces and appreciate the vendors and guests who attended. Congratulations to Bill Keller from District one and Larry Kaufman from District four. Both were re-elected to the YVEC Board of Trustees. Please extend a warm welcome to Chris White, who is newly elected to District seven. Congratulations to the 12 “Luck of the Draw” scholarship winners listed here: